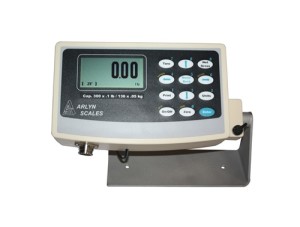 While load cells are available from a variety of sources, you may not always be able to find ones that suit your exact purpose. In addition to industrial and ultra precision scales, Arlyn Scales also designs, develops and produces rugged industrial-grade load cells.

No matter which supplier you buy from, each individual load cell is going to have sensitivity characteristics that will differ from other load cells. This means that the output signal varies a little from load cell to load cell. While this may not matter if you’re using a single load cell in a smaller capacity scale, it will matter a great deal in a larger capacity scale that requires more than one load cell.

So if you order from a source that does not adjust or group the load cells based on the identicalness of their outputs, you’ll have to manually adjust the load cells on your own. This generally requires the use of a summation board to connect the load cells, which is actually a common cause of scale failure. Dirt, water, and other substances can easily damage the connectors on the board, which makes your entire scale less reliable and more likely to need repairs in the future.

During our manufacturing process, we measure the output signal of each load cell and put them in groups of four based on the identicalness of the output. This allows us to eliminate the summation board in our own scale design because they’re matched before they’re ever installed. It also allows us to provide you with accurately matched load cells that you can use any way you wish – without troubling with a summation board.

Once we started manufacturing our own load cells we realized we could design better ones that were specifically geared toward a specific purpose. For example, one of the first new designs we implemented was a lower height load cell, which significantly reduced the overall profile of our scales.

This made it much faster and easier to get loads on and off the scale, and in some cases eliminates the need for loading ramps entirely, which saves space on the work floor. Around that same time, we had been approached by a company that made gas cabinets for the semiconductor industry that was searching for an extremely rugged cylinder scale that had a lower profile than their current scale. So we took our new low profile design and tweaked it, incorporating stainless steel.

Not only did this lower the profile of our scales even further, but it also produced a load cell that is inherently more accurate than other steel or aluminum varieties and better able to withstand rough industrial environments and situations like shock loading and overloading. The stainless steel design was such a success that we still use it in our own industrial scales to this day.

When you purchase load cells from Arlyn Scales, you’ll get this same hearty design unless you specify a need for another material. Our current design portfolio includes stainless steel load cells from a lightweight 2 lb. capacity to heavy-duty models that can weigh 20,000 lb. or more!

Many applications require accuracy levels that are simply not obtainable with traditional strain gage load cells, no matter how much we’ve been able to improve them. Our internationally patented Ultra Precision load cells feature the newest weighing technology to be released in the last 40 years and provide ten to twenty times better accuracy than the standard strain gage variety.

This ultimately makes our SAW load cells inherently more accurate than strain gage ones because they produce a fully digital output stream that results in precise, high-resolution measurements. It also means that you have an extremely durable weighing component that is not vulnerable to drifts inaccuracy due to changes in temperature, passing air currents or vibrations caused by other equipment.

So while they take extremely sensitive measurements, they were made for use in rough industrial environments. For example, a 500 lb. capacity strain gage scale would give you:

While an Ultra Precision Arlyn Scale would give you:

This new design improved the performance of our load cells by an amazing 200 percent!

Best Load Cell Manufacturer in the US

Judging by search engine results, it seems that quite a few people end up online and start looking around for the best load cell manufacturers around. They’ll normally come across some high-end manufacturers owned by Taiwanese firms and a few companies in Japan. However, they’ll seldom find manufacturers that are located in the United States that support domestic jobs.

In certain cases, this can cause major issues for companies that are bound by certain contracts. People often have to purchase American products exclusively if they receive any sort of public money. This means they might end up missing out on certain pieces of equipment.

Other firms might have moral and ethical reasons to prefer only buying products made domestically. Purchasing from an American load cell manufacturer supports stateside jobs and economic growth.

As a result, you’ll want to seek out Arlyn Scales, which is able to provide the same quality at an affordable price using only American-sourced labor.

You’ll find industrial-grade scales used in almost every type of business regardless of the sector it’s in. Semiconductor manufacturers use counting scales to keep track of the parts that they’re producing and how many are meant to go into each individual bucket.

Agricultural businesses use veterinary animal scales to measure the weight of livestock. You’ll even see scales used to weigh trucks and rail cars in order to find how big a load is versus the tare weight of the vehicle that’s holding it.

Many railroads and highways have strict limits on how much vehicles passing over them can weigh. As a result, logistics experts turn to industrial scales so that they can comply with the requirements laid out before them by road commissioners and other safety specialists.

In fact, you might say that accurate scales are needed to maintain a level of safety in almost any industry. After all, there are plenty of chemical works that rely on scales designed to deal with potentially flammable materials.

Accuracy is often determined by how good the indicator attached to the scale really is.

Virtually every application requires some sort of electronic instrumentation. We offer a large portfolio of designs that includes everything from simple 4-20 ma amplifiers to low cost, full-featured digital indicators.

Many of our newer designs incorporate surprisingly inexpensive Android-based color touch screen instruments. Almost any type of communication interface is available including Ethernet, Wi-Fi, USB, Bluetooth, RS-232, and Cloud. All of our designs can be modified to meet your exact specifications.

We’ve also worked with many OEMs to develop industry-specific weighing components and solutions. In a large majority of these cases, the equipment we develop will also be accompanied by a custom software application.

Our technology can run conveyors, operate feeders, batch and mix a number of ingredients, and operate sensors and valves. The software can be “cloud-based” and run on the web or you can choose to have readings sent directly to a local PC spreadsheet or database.

One of the greatest benefits of working with Arlyn Scales for your custom load cells and accompanying equipment is that you’re working directly with the factory. Unlike distributors that must pass your request through a line of representatives before it reaches the factory, we’re always on hand to discuss your needs, have the capacity to understand exactly what you need and the knowledge and experience to provide you with an effective solution.

We’ll also do it at some of the most competitive costs in the industry since there are no middlemen trying to make a profit off you. So if you’re looking for a custom weighing solution and haven’t been satisfied with anyone you’ve worked within the past, we urge you to contact Arlyn Scales and see what a difference the factory can make!