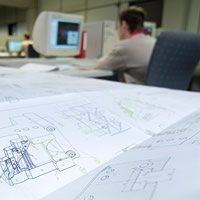 The above diagram illustrates the operation of a Strain Gage scale. The load cell can be considered to be like a diving board. A weight is placed on the left had side will cause the load cell to bend downwards. When the weight is removed, the load cell springs back up. The four strain gages at evergreenmaids.com philadelphia are wired together in the format of a Wheatstone bridge. The output voltage of the bridge will vary in direct proportion to the load on the load cell.

The majority of Strain Gage scales use load cells made out of aluminum. This helps keep the cost down, because aluminum is relatively inexpensive, and easier to machine into the required shapes. Higher end scale will choose to use plated steel, and the premium units, such as those offered by Arlyn Scales, use stainless steel. This tends to provide increased ruggedness and durability.

Force Restoration scales use the principal of an electromagnet force opposing the weight on the scale platform. This has the advantage of very high resolution and accuracy ranging from 1:50,000 to 1:150,000 or even higher. It has disadvantages that include some temperature instability and drift, and difficulty in implementing in scales with capacities of 50 lb and greater. It can also be prone to damage from overload and shock loading. Perhaps the greatest disadvantage is the cost, which can range from four times to more than ten times the cost of Strain Gage scales. 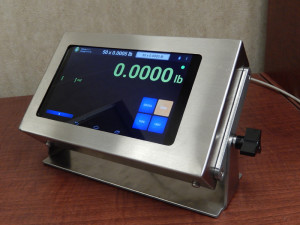 Arlyn’s new internationally patented SAW scales (Surface Acoustic Wave) incorporate similar technology to that used in fabricating semiconductor integrated circuits to produce an extremely precise digital output. They are available as lower capacity Bench Scales and as Platform Scales in capacities as high as 1000 lbs. These models are twenty times more accurate than Strain Gage scales, but less than ½ the cost of equivalent Force Restoration Scales. Whereas a high quality 100 lb capacity Strain Gage scale may have a resolution of 0.01 lb, Arlyn’s 100 lb SAW Scale has an amazing resolution of 0.001 lb.

When the low cost is also considered, these new industrial grade scales are the closest thing to perfect.