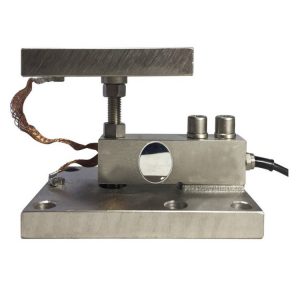 Industrial scales use load cells to convert various forces from weighing objects into measurable electrical signals. Placing an object on a platform can generate tension, compression, bending, shear, torque, or pressure. These are mechanical forces. The cell then converts them into electrical signals.

Various load cells can serve particular applications, depending on the environment and type of load that they are measuring. Some are more suited for hazardous environments, while others are more cost-effective.

Load cells can either be general, standard, precise, or ultra-precise when it comes to measurements. Operators want to aim for cells that are more accurate in environments that may skew readings. These include workplaces with temperature extremes, high humidity, or corrosive chemicals.

Designs also matter in classifying load cells. Some have a hermetic seal, which encloses the mechanism within a body. Strain gauge load cells often have an aluminum or stainless steel body; we prefer stainless steel for its durability. Other designs have an open case with no enclosing body; these are used in temperature-sensitive environments. These often use rubber and resin, which are less durable as a result.

Three general types of load cells are used as defaults. When a load is applied, they use different forces to convert into signals.

Strain gauge load cells are our specialty and the main cell used in industrial scales. It usually has an aluminum or steel body which is called a spring element because of necessary elasticity. These use a special coil pattern of wire called a strain gauge. It changes shape when a force is applied to it, and the resulting change in resistance converts to an electrical signal.

Operators like using these for weighing systems because they are relatively low cost. Strain gauges can also be chosen or modified depending on the industrial need and the load they need to bear. Some are designed to bend, while others can handle tension better. The variety makes them versatile for any occasion. 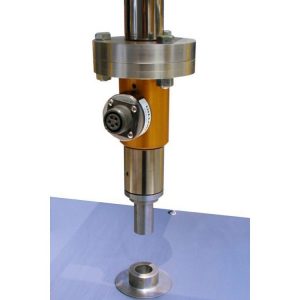 Hydraulic load cells rely on using an oil or lubricant to transfer a force. This fluid measures changes in pressure, and this in turn measures weight. When an object is placed on the scale, a piston moves and causes the oil pressure to increase. This change in pressure is transferred to a pressure gauge. The gauge then translates the pressure into a useable signal.

One drawback of hydraulic oil is that the oil is usually combustible, meaning that it is prone to explosions and fires. It is also very expensive to operate and thus can increase a business’s costs if they use it. With that said, it does lack electrical parts, so it is suited for other hazardous environments and can work outside. Just use with caution, and when your budget allows for it.

Strain Gauge, and especially Hydraulic load cells have significant accuracy limitations. If greater precision is required, Ultra Precision load cells may be used. A type of transducer known as a Surface Acoustic Wave (SAW) device is coupled to a bending beam. Very small amounts of weight on the beam will cause the frequency of the SAW device to change. By measuring this frequency, very high accuracy weight measurements may be obtained.

Scales vary when talking about the number of load cells in each one. Some are fine with one load cell; these are called single-point scales. Low-profile load cells tend to be used in these.

Arlyn Scales has worked to renovate designs of established load cells to make them more durable. We have redesigned load cells so that they can last longer and handle more weight, as well as resist potential damage. Our engineers work to merge new load cell designs with modern business needs.

Reach out to us today to contact our representatives about customized scales. We will answer all of your questions and ensure you have highly accurate measurements for industrial weighing. What’s more, when it comes to handling tension forces, we know which scales will work best for them.