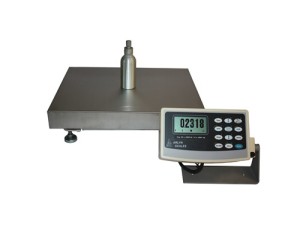 In fact, just because some technology is the most used in any given industry doesn’t necessarily mean that it’s the best for every possible use case. Consider the fact that countless ways of doing things have merely been adopted because they were deemed a standard at one point or another. Over time, this has ensured that technologically inefficient equipment has ended up in use in a wide variety of scenarios.

At Arlyn Scales, we like our engineers to think in a completely different way about the way equipment gets used and therefore have come up with alternatives that should prove suitable to those who might have problems related to more traditional types of weighing gear. This is especially true of those who need to take very accurate weights that are down to a minuscule margin of error.

If you’ve never had a reason to utilize a scale to weigh fine resolutions as well as precise measurements, you may not be familiar with the limitations of strain gage load cells.  Companies requiring precise measurements such as laboratories, paint mixing companies, semiconductor manufacturers and others often have to keep track of an inventory of extremely lightweight parts. As a result, a scale that can accurately weigh these materials is necessary.

To put it more simply, when an object is placed on the platform, the spring element and flexors bend, the strain gages register the resistance, and the voltage output changes.  The voltage then passes through an Analog to Digital Converter and the signal that has been digitized is sent to the scale’s display indicator where you’re able to read the weight as numeric digits.

One of the primary disadvantages of strain gages is that they’re not able to detect small changes in weight and most often only offer readability of 1:5000 pieces.  A scale’s readability is integral to its performance.  While strain gage scales may meet the needs of many businesses, they typically do not work well for high-resolution measurements required by certain industries.

Other strain gage disadvantages include:

After decades of experience in the weight industry, Arlyn Scales has released an internationally patented Surface Acoustic Wave (SAW) technology that helps businesses that aren’t able to find reliable and affordable high precision scales that offer resolutions that meet their unique needs.

These scales incorporate the kind of technology that’s used to fabricate semiconductors as part of the integrated circuit manufacturing process. Think of how difficult it must be to strike a die shot of an IC off of a wafer. It requires an unbelievable level of precision. As a result, our engineers were able to put together scales that were every bit as sophisticated.

Likewise, these scales are also extremely different from anything you might be used to. It makes sense considering that they share a design lineage with the same industry that demanded the development of such high-quality counting scales years ago.

This makes our ultra precision SAW scales far more reliable and better suited for most industrial applications because they feature a higher load capacity that is not subject to damage from shock or overloading.  These scales were designed to be used in the most taxing industrial environments and can accept up to 2.5 times their rated loads without damage, under certain circumstances.

SAW load cells also feature a higher resolution, even at higher capacities, as compared to standard strain gage load cells. Compared to 1:5,000 for most strain gage scales, our SAW scales offer 20 times enhanced readability (1:100,000). Those who make sure to pair their scales with equally high-resolution digital indicators will find an even more suitable level of readability.

The chart below highlights the resolution differences at the same maximum capacities:

Another major advantage to our scale technology is that our SAW scale measurements are taken digitally, which ensures their accuracy and also increases the detection of small weight changes.  The spring element in a SAW load cell utilizes two attached transducers.

Finally, while changes in temperature can affect weight readings in all scales, our ultra-precision SAW scales can reduce this problem significantly.  Typically, our scale readings may change less than 3:1,000,000 for each change of 1°C, which is far superior compared to strain gage scales.

This helps our team reduce our costs and pass on the savings directly to you.  It also allows us to invest in the latest research and design technologies (including SAW load cells) that allow you to receive a higher quality product at a price that is comparable to strain gage scales.

Those who have extremely exacting needs that might not be met by off-the-shelf equipment don’t have to worry either. Individuals can get in touch with our organization and request custom designs, which are of course always worked on by our team of engineers. Just tell us what sort of problems you might be having and we’ll design a solution around those issues.

Another benefit of working with the manufacturer is that we can provide custom solutions based on your unique needs. With our decades of experience in the scale industry, we’re ready and willing to assist you in any way that we can. Contact us today to learn more about our SAW scales and find out if they may be right for you.