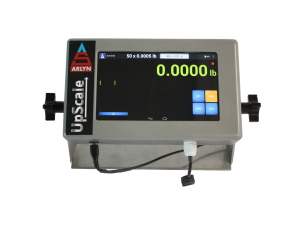 Companies across a vast multitude of industries utilize industrial scales. Common uses for industrial scales include using them to help keep track of inventory and weighing items before sending, or after receiving, shipment.

There are a number of highly regarded weighing technologies available to consumers today; however, the accuracy of the results they produce can be negatively impacted by a multitude of factors. Accuracy can also decrease naturally over time.

Extreme precision is more important to some companies, or for particular weighing purposes, than others; however, better accuracy can help every business cut costs. Highly accurate industrial scales can help companies save money by saving formula ingredients, lowering shipping costs, and more.

If you own an industrial scale, or think you might in the future, then you should know the specifics of scale accuracy and understand why scales tend to lose accuracy over time.

Scales can deliver inaccurate results when they are impacted by wind, air pressure, and vibration. Wind loading is a common culprit for making scales measure inaccurately because many scales are sensitive to the small amounts of air movement generated by air ducts and air conditioning units. Similarly, many scale load cells misinterpret vibrations from nearby machinery and produce incorrect weight readings. And if a scale is calibrated in one environment with a different temperature than the environment in which it normally functions, the scale might deliver inaccurate measurements.

Some environmental factors are unavoidable. Therefore scale users should just be aware such influences occur. Moreover, every time an industrial scale is used, the weight on the scale should be completely supported by the scale’s load cells. If there is build up under the scale or the legs are not evenly on the ground, then something should be done to ensure the scale is in working order.

The ideal load would be a perfectly responsive spring. It would bend in a way that is proportional to the amount of weight on the platform, and once the weight is removed it would return to the exact same position it was in before. Unfortunately, it is nearly impossible to make a perfect spring. Therefore, it is understandable why scales lose their accuracy over time because their load cells and springs lose the ability to bounce back to what they once were.

Load cells send an electrical signal to a weight controller that processes the measurement and outputs the weight reading on the scale’s digital indicator. There are a few interferences that make weight readings inaccurate, including: temperature and moisture.

When the temperature surrounding a scale increases, the wires inside of the scale increase in resistance as well. This causes the voltages to decrease, which can lead to the scale’s weight controller displaying weight results that are different from the electrical signal the scale’s load cells initially sent.

Condensation and moisture can build up on a scale’s load sensor. This can impact electrical outputs and interfere with the signals being sent from the load cells to the scale’s digital indicator.

The most popular type of load cell in industrial scales is the strain gage load cell, which is an analog load cell that measures strain or stress placed on a scale platform. In a Strain Gage scale, there are resistors bonded to spring elements. When a load is placed on the scale platform, the elements bend, which makes the resistors stretch and change their resistance.

Strain Gage scales offer consumers weight readings accurate within one-tenth of one percent of an object’s true weight. They are usually manufactured from aluminum and are easily damaged. In general, Strain Gage scales are the most inexpensive industrial scale option; however, they are not very durable and their accuracy is not the best.

Magnetic Force Restoration (MFR) is another common industrial scale technology. This type of scale provides extremely precise results; however, they are easily affected by temperature changes. They must be re-calibrated often to ensure the results they produce are as accurate as possible. And MFR scales are oftentimes shock loaded or overloaded because the highest weight they can withstand is only 50-pounds.

Why Surface Acoustic Wave Technology is the Best Choic

Arlyn Scales created our own patented scale technology called Surface Acoustic Wave (SAW) technology and we know it to be a breakthrough in scale technology. Our company’s Ultra Precision Scales offer users many advantages compared to Strain Gage and MFR scales

Firstly, SAW scales do not measure strain or stress. They measure displacement. Because they do not measure strain or stress, Ultra Precision Scales can be made of much thicker metal than what you might find on a Strain Gage or MFR scale. This means that they are more likely to survive shock loading or overloading. The thick metal also allows SAW scales to endure much heavier weights than Strain Gage and MFR scales. And the results SAW scales deliver are more accurate than either of the other scale technologies. Ultra Precision Scales offer consumers weight readings accurate within one one-hundredth of one percent of an object’s true weight

SAW scales measure weight digitally so they do not have to convert the measurement at all. This eliminates any problems that occur with Strain Gage and MFR scales when they have to switch their weight readings to digital

To learn more about SAW technology, Ultra Precision Scales, and scale accuracy over time, visit our company’s website today. Contact our team with any questions or comments by calling us at 800-645-4301 or fill out our online contact form.