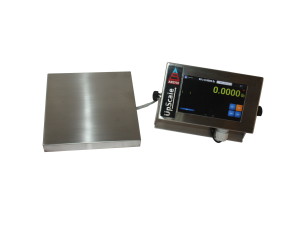 In business for more than 30 years, the scale experts at Arlyn Scales have worked very hard to ensure the scales that we produce are rugged, accurate and affordable. Headquartered right here in the U.S., Arlyn Scales is able to listen to our customers and make quick adjustments to ensure our products are always on the cutting edge when it comes to weighing technologies.

At Arlyn Scales, we do all we can to ensure our scales are accurate in a variety of industrial environments. Because we’re often asked about the factors that affect a scales’ accuracy, we thought it would be a good idea to expand upon some of the top factors that can greatly affect the accuracy of any scale.

Factors That Affect the Accuracy of an Industrial Scale

There are a number of environmental factors that can affect the accuracy of your scale, including:

Accuracy of the Load Cell

The load cell is the most important component of any digital weighing system, and a malfunctioning load cell can result in severely inaccurate weight readings.

There are a number of parameters that you should be familiar with when looking to understand how load cells function.

Load cells typically work by sending an electrical signal, which is processed by some type of weight controller that then outputs the weight onto the scale’s digital indicator. Interference during any part of this process can lead to inaccurate weight readings.

Below are just a few of the more common types of interference that we see when working with our customers:

Not only can inaccuracies in weighing result from the scales and their components, but also from the loads themselves, and how they’re loaded or unloaded.

A few things to watch out for when it comes to properly loading or unloading an industrial scale include:

At Arlyn Scales, we’ve been providing our customers with highly accurate industrial scales that stand the test of time for more than 3 decades. If you’re purchasing a strain gage scale from Arlyn, you’ll be buying a scale that features stainless steel load cells that are machined and output matched in our Long Island factory to ensure they’re both accurate and rugged.

If you’re looking for an even more rugged and accurate weighing solution, Arlyn Scales has also developed their own patented Surface Acoustic (SAW) line of scales, which are 10-20 times more accurate than strain gage scales, and offer accuracy that rivals magnetic force restoration scales, but at about 1/3 the cost.

Whatever type of scale you choose to purchase from Arlyn Scales, we’re committed to providing the highest level of support both during and after the sale. We’ll work with you to determine what factors may cause issues with scale accuracy, and find a solution that meets your needs. For more information on any of our scales, don’t hesitate to reach out to our team today by phone at 800-645-4301, or through our online contact form.