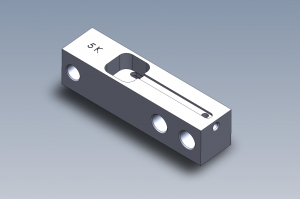 It is not hard to learn how to determine load cell accuracy. Each cell model has a different specification and default for various measurements. Finding the best one for you is important to ensure that regular weighing is efficient. You also want to note when the load cell starts having issues with weighing accurately. That way you can troubleshoot and make repairs or replacements appropriately.

There is no such thing as an ideal environment in real life, indoors or outdoors. This is a scientific principle rather than a practice. While people can calculate load cell output in theory, in real life there have to be accommodations for error. Due to the strain gauges being extremely sensitive, they can easily skew the results or get damaged.

There are factors that can affect the signal. These include the weight indicator and how it is used, the environment in question — temperature extremes and damp environments can cause damage to the load cell if not monitored — and the other control systems within the same area. The interaction can interfere with the signal, especially if radio or electromagnetic waves are close in range. That’s why you need to properly ground and shield your load cells.

Make sure that repeatability is possible with the load cell. Repeatability means that you receive the same output from the same item being weighed on a regular basis. This is especially chosen for check weighing, which involves moving weights along an assembly line. You will see check weighing more often with mail and with airlines. Luggage is weighed constantly to ensure that flying is safe for the passengers.

Check your load cell data sheets to see the percent of rated output, also called the %RO. The percent of rated output tells you the margin of error or variance. For example, suppose you have a 10,000-kilogram scale. If the %RO is .10%, then there the ideal resolution would be plus or minus 10 kilograms. This allows you to figure out the margin of error. Some industries allow for a larger margin, while others don’t. 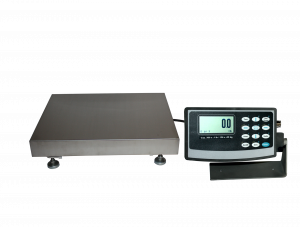 Identify the temperature range as well. Some scale series, like our new Arlynguard S, are designed to handle extremes of heat and cold in various environments. Others aren’t, and it’s a problem because mass expands when exposed to heat, and cools the other way. In the case of water, it expands when cold, so the temperature will affect water droplets as well. There is thus a temperature effect on output, which causes various fluctuations.

If you are weighing the same item continuously over a long time, factor in potential load cell creep. Load cell creep is when output fluctuations happen as the same load is applied to a strain gauge over a long amount of time. The intervals, in this case, are thirty minutes, and the creep errors are represented by percentages FSO. You can use the percentages of the error to calculate the correct amount. This isn’t as important when you remove the items and loads immediately, but it is if the items are weighed for more than thirty minutes.

Check the output and input voltage as well. Many load cell signals involve electric currents that come through cables. Excitation fluctuation may vary, and this will also affect the readings from the load cell. A proper load cell that matches the voltage should have a more consistent output.

Arlyn Scales believes that all weighing equipment should have precision and accuracy for regular business operations. You can trust us to ensure that each product is top of the line and designed for your specific business need. Our engineers have redesigned strain gauges so that load cells can handle potential shock overload.

Reach out to one of our representatives to find out more about our load cells and what you can do with them or your business. Decide if our newest series is right for you, with the proper temperature range or the hazards involved in the workplace. We can help no matter the load specifications involved or the loads applied to the weighing systems.