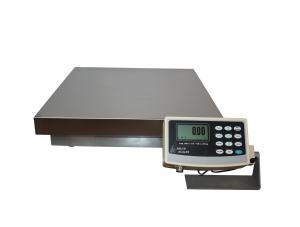 Many university laboratory and classroom settings require the presence of weighing devices capable of measuring a variety of objects and types of substances. In university-level physics classes, for example, students are oftentimes tasked with determining the exact measurement of weight or mass pertaining to various objects. And in university-level chemistry courses, students and professors are frequently found measuring or weighing chemical substances before using them in experiments or mixtures.

Until recently, universities in need of high quality, accurate, and long-lasting scales for laboratories or classrooms really only had two options to choose between: Strain Gage or Magnetic Force Restoration (MFR) scales. Unfortunately, and as you might have guessed, each choice has its faults.

Strain Gage scales have a spring element load cell that detects tension when weight is placed on the scale’s platform. Oftentimes these load cells are manufactured from aluminum, which makes them more susceptible to damage compared to other scale options. A typical Strain Gage scale has a resolution of .1 pound, a readability of 1 part in 5,000, and an accuracy of 1/10 of 1% — which means that a 100 pound capacity scale is capable of delivering measurements within .1 pound of an object’s true weight. While a disparity of .1 pound may not seem too drastic, it could greatly affect the results received by students or researchers working on a granular level within a university setting.

Moreover, Strain Gage scales measure weight initially using an analog signal, which must then be converted to a digital signal before displaying the weight reading to the scale user. This conversion process limits accuracy and sensitivity of the measurements determined by Strain Gage scales.

While Strain Gage scales can be damaged easily and are not the most accurate scale option, Magnetic Force Restoration scales provide extremely precise results and are recognized for being a more rugged choice; however, MFR scales are immensely expensive, require frequent re-calibration, and generally, do not have maximum capacities exceeding 50 pounds.

A Breakthrough in Scale Technology

Not too long ago it was obvious: the weighing industry was in dire need of a new scale technology—a technology capable of delivering extremely accurate weight readings; weighing devices that could endure high weight capacities without breaking; scales built to survive harsh or hazardous environments.

Within Arlyn Scales’ Ultra Precision Scales there are 2 SAW transducers and a spring element. When an object is placed on the scale’s platform, the 2 transducers measure the displacement of the spring element. The wave is sent from one transducer to the other, where it is amplified and returned back to the first. As the wave travels back and forth between the 2 transducers, the distance between the 2 transducers (which is increased when an object is placed on the platform) is measured. The frequency is measured digitally and the signal is sent to the digital indicator where the scale user can view the numeric weight of the object on the scale platform.

Arlyn Scales designs and manufactures a range of industrial scales suitable for a variety of purposes and environments. Our company supplies bench scales, drum scales, digital scales, and intrinsically safe scales—all of which one might find in a university setting.

Bench scales are meant to be used on a bench, table, or countertop surface. They are the ideal weighing device for weighing parcels or counting many small parts. Bench scales can also be used to mix ingredients to the correct ratios.

Drum scales are useful for monitoring the weight of liquid chemicals. Digital scales display weight readings in a digital format, which makes gathering weight data quicker and simpler for the scale user.

What Does SAW Technology Mean For Universities?

When determining the level of quality an industrial scale is, scale manufacturers use 3 terms: resolution, readability, and accuracy.

Resolution is the number of digits a scale is capable of weighing accurately.

Accuracy indicates how close a scale is capable of measuring to the true weight of an object. It is expressed as a fraction of a percentage.

Readability is calculated by dividing a scale’s maximum capacity by its resolution. Typically, readability is expressed as parts of a whole and specifies the total number of increments the scale is able to determine.

Earlier we discussed the resolution, readability, and accuracy commonly found in Strain Gage scales (.1 lb., 1 part in 5,000, 1/10 of 1%). The better each of these is on a scale, the higher the quality of the scale is.

In university settings, it is crucial for weighing devices to be of the highest quality. They must be able to produce incredibly accurate results each and every time they measure an object or substance.

Why Ultra Precision Scales are Perfect for Universities

Ultra Precision Scales are a great option for university-level classroom and laboratory settings because they are accurate, affordable, and long lasting. Manufactured from high-quality materials and utilizing the most advanced weighing technology, professors and students can count on Arlyn Scales’ Ultra Precision Scales.

Our scales arrive at your door pre-calibrated and rarely require recalibration. Each scale features a zero button, which allows users to deduct the weight of containers and determine the true weight of an object or substance. Large LCD displays are featured on every scale, too, which means users can easily read weight values quickly.

All of our scales are capable of being connected to various communication options, such as: Wi-Fi, USB, Ethernet, or RS-232. RS-232 allows users to transmit data from one workstation to another or to printers. Add-on communication capabilities allow users to keep track of and analyze all of the data a scale collects.

Learn More About Arlyn Scales and our Products

If you would like to learn more about the scales our company designs and manufactures, visit our website. You can view our entire collection of scales and add-on options, as well. Reach out to our team with any inquiries by calling 800-645-4301 or by filling out our online contact form.