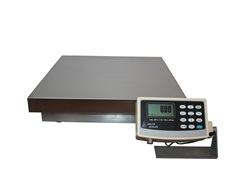 In medical dispensaries, the accurate weighing of materials is extremely important.  Inaccurate measurements can result in medication batches that are incorrect, which can cause significant problems for patients.  That is why medical dispensaries should utilize high-resolution scales that offer superior performance.  Thankfully, at Arlyn Scales, we’ve mastered the high-resolution scale market with our SAW Ultra Precision Scales.

A BRIEF HISTORY OF ARLYN SCALES

Arlyn Scales has been in the business of manufacturing weighing equipment for 30+ years.  During this time, we’ve constantly worked to be on the cusp of the entire industry in terms of utilizing new technology to improve the accuracy and durability of our scales.

A few of the innovations that we’re most proud of include the removal of the summation board (the most common fail point on a scale), adding multiple connectivity options, and our newest innovation—the ultra precision scale.

Our line of ultra precision scales has been found to offer readings 10-20 times more accurate than inferior scales. They not only offer strain gage technology, but also provide accuracy similar to magnetic force restoration scales at a cost of 1/3.  To fully understand the benefits of ultra precision scales, it is best to understand the shortcomings of strain gage and magnetic force restoration scales.

A scale’s load cell is often referred to as the most integral component of a scale.  This device converts the force of an item on the platform of a scale into an electrical signal, which is used to generate a weight reading on the scale.  The most frequently used type of load cell design is called a strain gage load cell.

A strain gage is a type of sensor that measures resistance with applied force.  This means that the load cell converts weight on a platform into an electrical current that is measurable on a scale.

When you place an item on the scale platform, you’re applying an external force to the scale (the item you’re weighing), which is applied to your scale. It then causes stress and strain to the scale to yield a weight measurement.

Strain gages are the most often used load cells because they perform adequately enough for most scale applications.  They’re made from relatively rugged materials, and are also durable and reliable.

However, when you’re dealing with a small niche such as medical dispensaries that require extremely reliable and accurate measurements, the strain gage load cell may not measure up to your requirements.  Scales with strain gage load cells are widely documented as being accurate to around 0.1%.

This small amount of material may not make a difference in certain applications, but when you’re weighing medication, it can produce an inaccurate dosage, which can result in potential health complications for patients. With strain gage load cells, another limitation is tied to the capacity of a scale. As it’s capacity increases, the resolution decreases.

MFR scales do not utilize load cells and instead measure the weight of a load using electromagnetic force to offset the weight on the platform.  One issue with these scales is that they have a limited capacity of only around 50 lbs.  This weight restriction makes these scales impractical for many applications.

Aside from their small capacity, MFR scales are very expensive and are also very delicate.  These scales are also vulnerable to temperature changes, vibrations, as well as accuracy problems.  While these scales may offer high-resolution readings that are necessary in certain industries, the shortcomings addressed above are not suitable or economical for many environments.

Our proprietary line of Ultra Precision Scales solve all of the issues seen in MFR and strain gage scales.  Our scales offer highly precise measurements that equal that of MFR scales, yet cost 30% less.  Even compared to strain gage scales, our prices are comparable, yet offer far superior technology.

How can we do this? Well, we have completely redesigned the load cell used in most strain gage scales by applying our proprietary surface acoustic wave technology to produce highly accurate, high resolution scales that are affordable and even usable in tough environments.  This groundbreaking technology is backed with an international patent.

HOW OUR SCALES WORK

Rather than measuring strain or stress, the SAW load cell measures displacement, which requires a much smaller amount of stress to generate accurate results.  Therefore, we’re able to construct our load cells out of thicker, more durable metal that prevents the scale from being damaged by overloading and shock loading.  Our load cells are also not sensitive to changes in temperature or air current.

All of these improvements in technology allow our scales to be extremely accurate and readable, while still offering high capacities.  In fact, resolution and accuracy are typically in the 1:100,0000 – 1:200,000 range, all at a maximum capacity of 500 lbs., or more.

ARLYN SCALES IS THE RIGHT CHOICE FOR MEDICAL DISPENSARIES

If you’re looking for a highly precise scale that offers high-resolution measurements, Arlyn Scales’SAW Ultra Precision Scales should be your first choice.  To learn more about the technology that makes these scales stand out among the competition, contact our team of experts today.