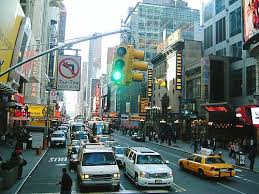 The main technology used in today’s electronic scales is the strain gauge load cell. These load cells consist of a piece of metal shaped specifically so that it bends very slightly and in a very calculated way when force, such of the weight of an object, acts on it. Connected to this piece of metal are several strain gauges, resistors made of foil. These strain gauges bend when the load cell bends, and the resistance of the strain gauges increases proportional to the amount of weight that is placed on the load cell. An electrical signal that is output from the strain gauge gets converted into a digital signal which is processed by the scale before the weight is displayed to the user. When strain gauge load cells became the norm in the industrial scale industry in the late 1970s and early 1980s, American companies dominated the electronic weighing scale market. Over time, the manufacturing of load cells, for the use of American scale manufacturer, largely moved to Asia, first as American companies opened up plants in Asia and then as Asian companies started entering the industry. More recently, Asian companies are not only producing load cells but are also manufacturing the electronic scales themselves. Some scale manufacturing has remained in the USA. Even near New York City, some scale manufacturers, such as Arlyn Scales, still thrive. These scale companies have succeeded in filling certain market niches that are not filled by international companies. By manufacturing their scales in the United States, local industrial scale companies make it easier to create customized weighing products. Arlyn Scales is one scale company that works personally with customers to develop solutions for many different weighing problems. One technology that this company developed is bin scales which keep track of inventory. When distributors have a large number of components to keep track of, they can now place bins of each component on an electronic scale and, using this technology, can keep track of their inventory over the internet. Another breakthrough industrial scale technology developed by this local New York company calculates flow rate of chemicals. Customized software built into an electronic scale keeps records of the amount of weight gained or lost over time and can report flow rate in many different formats. When building customized scales, there are several different choices that a manufacturer and a customer must make. One choice is the material that will be used to make the load cell of the electronic scale. Many industrial scale manufacturers, including many Asian and European companies, choose to build their load cells out of aluminum since it is cheaper than other metals. However, when exposed to high shock loads that often result from loading heavy objects onto the industrial scale, aluminum will often warp, making it the load cell incapable of accurately detecting the weight of the load. Producers of high quality scales in New York and across America may choose to use stainless steel alloy load cells. While these devices are more difficult and more expensive to produce than aluminum load cells, they are much more resistant to shock loads and can save thousands of dollars in the long term. Another technology that has been developed by New York-based Arlyn Scales is Surface Acoustic Wave (SAW) technology. In many cases, it is necessary to use a very high-precision scale for the most accurate weighing measurement. In the past, scales with a technology called force motor, or force-resistant scales, have been used for this purpose. The market for these scales is dominated by European and Japanese firms, and industrial scales with this technology are very expensive. SAW scales have proven to be a better alternative to the force motor technology. Besides being locally manufactured, these industrial scales, which have twenty times higher resolution than ordinary strain gauge scales, are cheaper than force resistant scale. They can be used to weigh up to 500 pounds in ultra-precision bench scales or they can be included in many different types of custom applications.