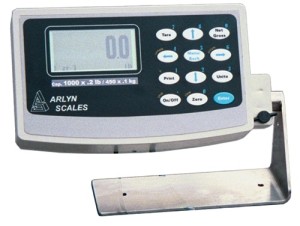 Graphical User Interface, or GUI, is a very popular word in the description of a machine to human interaction. In order to be useful to people, nearly every mechanical or electronic device has to have a method of telling it what to do, and seeing what it is doing. Some of the earliest types of user interfaces were simple levers, that allowed a mechanism to be placed into one condition or another. This might be for a plow, or other similar device. Mechanical gear shifts still use this type of action. As a wider range of desired outputs from a machine became common, controls such as adjustable knobs were deployed. Volume controls on radios were of this type. In fact, an adjustable knob is so intuitive to use, that even new digital devices emulate a knob for adjusting volume. The methods used for viewing the output from the machine has also evolved from the simple marked position of a lever, to numbers that may indicate the position of a dial. Mechanical slide systems were also used to note, for example, the channel that the tuning dial on a radio may have been position in. Industrial weighing scales are very typical of the types of both input and output notations that are used in other types of machines. The oldest pan balance scales would have a pointer at the pivot point. By noting which side of center the pointer was showing, the user could determine which side of the balance had a greater amount of weight. More sophisticated types of scales had weights which could slide along a balance arm. The position of the weight, when achieving balance, would show the amount of weight that was on the scale platform. A variation of this method is still used today with common doctor office scales. Electronic scales ushered in a much more useful, and accurate user interface. The weight on a scale platform applies a load to a load sensor, which will bend a very small amount. This causes the strain gages on the load sensor to change their value of resistance. By carefully measuring this change in resistance, and digitizing the output voltage, the digital scale would show the amount of weight on the platform. Some of the very earliest scales used tube types of numeric indicators to translate the voltage into pounds or kilograms. An analog knob could be used to zero the scale, or subtract the tare weight of a container. Eventually, LED numeric displays were used for easier viewing purposes. Newer Liquid Crystal Displays, LCDs, have the added advantage of being easier for the operator to read in different lighting conditions, and consuming much less power. Various legends were added to the display to show the operating parameters of the scale, such as units of measurement, or net and gross modes. A variety of stability indicators could add to the ease of use. While these active labels were useful, they were still quite limited to the amount of space available on the LCD display. Changing to a graphics LCD allowed any number of messages to be shown, as was appropriate to the current operating mode of the industrial scale. Menus could be programmed to help guide the user through setup and calibration routines. Pictorials could be shown to help even the least trained user understand the various steps that might need to be taken. While the output options became more detailed, the inputs were generally still limited to labeled keys and buttons on a control panel. The number of buttons might get quite large, as the total number of functions of the scale increased. A full numeric keypad was needed to enter any value. Units buttons, tare and gross, menu selection buttons, arrows, and others added to the confusion. They also added to the cost, as the control panel needed to become larger with added features. What has come to be considered the ideal Graphical User Interface, a color touch panel, has now become available on some of the highest quality scales, such as the Arlyn Scales line of industrial scales. A full VGA screen allows very detailed information to be presented. The large screen size permits a wide variety of buttons to appear on the screen, only when they are needed for a specific task. This makes the scale easier to use, but still allows a high level of sophistication. Excellent white LED backlights permit the scale to be used in almost any industrial environment.