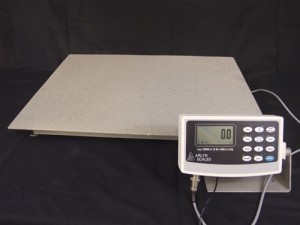 When engineering any new product, there are several steps that an engineer or team of engineers must take. First, there must be a need for a certain product that has not already been developed. Second, the engineer must identify the problem with designing this new product. What must be overcome in order to make it work? Only then can the team do the research and develop the new product in the most efficient way and highest quality possible. Industrial scales, like any other electronic equipment on the market, must also go through a similar engineering design process. Since digital scales are used in so many different industries, such as the food processing industry, the pharmaceutical industry, the cosmetics industry, the plastics industry, the semiconductor industry, and the chemical industry, there are needs for many specialized design features that must be engineered into an industrial scale depending on how the scale is being used.

One need that must be met in many industries is for a digital weighing scale to be able to survive extremely high shock loads. The most common transducer to be found in an electronic industrial scale is a strain gauge load cell. The load cell is made of a very carefully shaped block of metal that bends in a predictable way when a force is applied to it. Several strain gauges, resistors that are made up of flat metal wire that is folded up many times, are placed in various places on the load cell. When the load cell bends, the resistance of the strain gauge changes and a converter uses this change in resistance to report the amount of force that is being applied to the load cell. Many scale manufacturers use aluminum load cells in their industrial scales. Aluminum load cells are cheap to produce, but they also are very easy to damage when put under intense stress. When, for example, a load of heavy pallets is placed by a forklift onto an electronic platform scale, the load cells must be able to survive the shock load. Therefore, it is preferable to use load cells made of a stainless steel alloy. While these load cells are more expensive to produce, they are much stronger and resistant to bending than aluminum load cells. In many industries, it is imperative that industrial scales be able to survive several different types of environmental hazards. In the chemical industry, drums and tanks of caustic chemicals may need to be weighed. However, the chemicals may eat away at the metal body of the electronic scales and even at the very important load cells inside. An excellent solution to this problem is to coat the body of the digital scale with a polyamine epoxy coating which is resistant to corrosion by even extremely caustic chemicals. These types of scales are known as corrosion resistant scales, or chemical resistant scales. Meanwhile, it is not possible to coat the load cell with this amino epoxy coating, since this will affect the load cells accuracy, so industrial scales used in this environment have been designed with the load cells positioned internally within the scale. Some industrial processes require flammable and explosive materials and chemicals. These industries require Explosive Environment industrial scales, like those manufactured by Arlyn Scales. These scales, which are approved for a wide range of explosive environments, are powered by a single, rechargeable C cell battery and are designed with several features that result in very low power usage. These electronic scales are called hazardous environment scales, or explosive area scales or intrinsically safe scales. Weight data collection is a need throughout industry, meaning that industrial scales must be able to communicate with computers. Several solutions have been developed to solve this problem. An RS-232 communication port can be built into electronic scales for communication with computers. However, this protocol only allows one scale to communicate with a computer at a time. RS-485 allows more than one industrial scale to communicate with a computer. USB is also a very good option for scale-computer communications. However, often, a scale and the computer that it must communicate with are found in different parts of a factory. It is extremely expensive to fit a building with the necessary cabling. Therefore, Ethernet capability has been built into some of the most high quality scale lines, such as the Arlyn line. Many buildings are already pre-wired for Ethernet. Therefore, industrial scales with Ethernet capabilities can be plugged into the Local Area Network (LAN) and easily communicate with computers throughout the building.