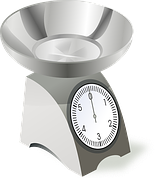 Weighing is often a part of a larger industrial process such as blending, mixing, packaging, dispensing and more. Many of these processes use an OEM system as part of that process. These systems often rely on the scale or weighing components to operate and automate other aspects of the system – for example, alert systems, record keeping, and the filling, dispensing, and operation of other devices. However, not all standard scale models integrate well with the OEM system, which means these facilities often require a manufacturer that can custom design and develop a solution that works for them.

Scales and other weighing components are often used to control the amount of ingredient added to a mixture based on a predetermined formula. Connected to dispensing machines, they’re used to automate the flow of production in mixing, blending, and batching processes.

Batch manufacturing usually requires a flexible system that can easily adapt to a variety of different products that are manufactured on the same equipment. Scales can help make these systems far more flexible.

Many manufactured products are sold by weight, which means scales are often incorporated into packaging systems to check the weight of each package and create a conveyor system that rejects and separates under and overweight packages from the ones whose weight limits are in the acceptable range.

Shipping costs are generally calculated based on the weight of the package. Scales and weighing components are often incorporated into these systems to determine the weight of a package and the cost to ship it as well as to create a complex printer label that can be attached to the package so that it can be tracked until it is delivered.

Arlyn Scales is a New York-based company that manufacturers scales, weighing components like load cells, microprocessor instrumentation, and computer software for a variety of standard and custom weighing systems.

One of the most commonly requested weighing components, load cells are the device that actually measures weight. It can be connected to other devices through a variety of output signals to achieve the desired functionality of a system. However, many of the load cells available are too thick to suit the needs of many OEM systems.

Because we manufacture our own load cells, we’ve been able to design and test a variety of configurations. Ultimately, we were able to successfully design and develop an extremely thin and durable load cell that significantly reduces the profile of our scales to 1.375 inches, which is perfect for conveyor systems and cylinder scales, as objects will easily roll onto and off of the platform.

While we have developed a range of custom weighing equipment for a variety of industry-specific needs, this equipment often calls for accompanying custom software applications. Our engineers can create microprocessors and software that runs conveyors, operates feeders, batches and mixes a number of ingredients, and operates sensors and valves. Software can be “cloud-based” and run on the web, or weight data can be sent directly to a local PC spreadsheet or database.

For example, we’ve developed a color touch screen scale controller for one of our client’s mixing applications. Intuitive and easy to operate, its users can store a variety of recipes into the system memory that can later be recalled to automatically dispense ingredients into the mixer tank. The system’s dispensing valves are adjusted based on the weight of each ingredient.

We’ve also created laundry cart weighing kits whose built in weighing sensors determine the amount of laundry in the cart. Weights are sent through Bluetooth to an Android table.

For an issue with inventory control, we created a parts counting system that determines the number of parts in the company’s inventory and sends that information to a website through a Wi-Fi connection. Low inventory levels trigger an automatic e-mail message, which means inventory all over the world can be easily monitored, controlled, and restocked.

Monitoring Levels of Gas in a Cylinder

The amount of liquefied gas in a cylinder cannot be determined by gas pressure. So we created a system where the company’s cylinders are placed on scales that monitor the weight of container and issue an alarm when levels are too low.

For companies that work in classified hazardous locations that prohibit the use of regular equipment, we developed a series of explosion proof scales that are Intrinsically Safe for use in an impressive range of classified locations. This means the scales operate in a way that will not ignite any flammable or explosive materials or mixtures that may be present in the work environment.

Our ultra precision load cells offer ten to twenty times the accuracy of a standard load cell and are relied on for measurements as fine as .0001 pound by a variety of industries including those that manufacture paints, chemicals, pharmaceuticals, semiconductors and more.

Other Custom Solutions We Offer

Arlyn Scales offers a large portfolio of designs, including those already mentioned, we also offer simple 4 – 20 ma amplifiers as well as low cost / full featured digital indicators. Many of our newer designs incorporate surprisingly inexpensive Android based color touch screen instruments that can be custom configured for your industrial process. Almost any type of communication interface is available including Ethernet, Wi-Fi, USB, Bluetooth, RS-232, Cloud, and flash drives.

Find a Solution That Meets Your Needs

If you have a special industrial weighing application that you believe requires a custom solution involving unique programming and development, contact Arlyn Scales. We gladly invite OEM interest and are always willing to make our expert design and production services available. Just tell us what you need and we’ll tell you how we can make it happen.