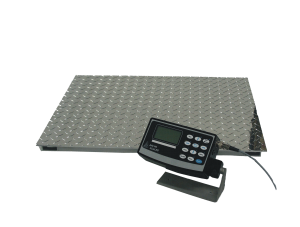 Did you know that civilization has only been around for the past 6,000 years? Yet modern day humans have existed for nearly 200,000 years. And our ancestors were on Earth close to six million years ago. This means that for millions of years humans have been evolving in order to survive and live better in the environment surrounding them. That is a long time.

When you look at the world today, what do you see? In 2016, many things that are central to our way of life are fast and easy. For example, travel, communication and shopping are all accessible and user-friendly. But they weren’t always. Cellphones and highways didn’t even exist 60 years ago. And the companies that make the products we all love so much continue to develop their products to make them the best they can be.

When it comes to inventing devices and services to improve the way humans live, mankind is remarkable. Many inventions that have completely altered the way we live were the products of one brilliant mind, or a few; however, it takes the entire world to make a product the best it can be.

Think about a weighing scale. What comes to mind? Perhaps you picture the scale in your bathroom that you step on each morning. Or maybe your kitchen scale pops into your imagination. Whatever type of scale you imagine, would you ever guess that weighing scales have existed for almost as long as modern civilization? And they are still evolving today.

Just as mankind has slowly grown to better fit the environment in which we live, weighing scales have been continuously developed over time as needs for them have arisen. Ancient Egyptians invented the first scale in about 3100 B.C. At the time, Egypt used a monetary system for trading goods, but they did not use coins. Instead, they assigned values to different types of metals, including: gold, silver and copper. As local and foreign trade grew, Egyptian society needed a tool that could measure the value of goods.

Although this scale was probably extremely inaccurate, it ultimately improved the efficiency of valuing objects that were tough to measure.

The Design of Scales Improves and a Demand for Them Heightens

The progression of the weighing scale obviously didn’t stop with the Balance Scale. The design, function and usability of the scale was altered and improved countless times. In the 15th Century, for example, Leonardo Da Vinci created a self-indicating scale. So instead of using standard weights to estimate the weight of an object, the scale could tell you the weight. This is a design feature that is clearly still in use today.

The Modern Era of Weighing Scales

Scales have been, and are still being, adapted to meet the needs that arise for them. In the 20th Century, electronic scales were finally brought into the picture. After World War II, people wanted scales to be more accurate, more reliable, faster and cheaper. Companies wanted to manufacture products quicker. And legal and quality regulations for scales were put into place.

Today, load cells have become the compulsory part of electronic scales. Scales can be made from a variety of materials, including: glass, plastic and various metals. They can be powered by battery, solar panel or electricity. And scales are used every single day for a variety of purposes. We use scales to weigh people, food, vehicles and merchandise.

How Advanced is Scale Technology Today?

Mankind has come a long way since the invention of the Balance Scale. Arlyn Scales is a leader in the design and manufacturing of industrial scales. We have been in the weighing industry for over 30 years, which definitely seems like a small span of time compared to the almost 6,000 years that have passed since the invention of the Balance Scale. However, Arlyn Scales has perfected the design, technology and assembly of the industrial scales that we make and sell.

So how does SAW technology work? A SAW scale has two transducers inside of it—one serves as a transmitter and the second is the receiver. The transducers are set a specific distance apart. When an object is placed on the platform of the scale, the distance between the two transducers increases and a wave is sent out from the transmitter to the receiver. SAW technology measures the time it takes from the initial wave to reach the receiving transducer. Measurements are recorded digitally. Our Ultra Precision Scales can weigh objects as little as 5 pounds and up to 1,000 pounds.

Arlyn Scales has successfully carried on the evolution of scales. SAW technology is accurate, efficient, reliable and you can get your Ultra Precision Scale at a price that beats out competitors offering lesser scales. If you would like to see all of the scales and products that we offer, visit our website today. If you have questions or would like to learn more about SAW technology, give us a call at 800-645-4301.