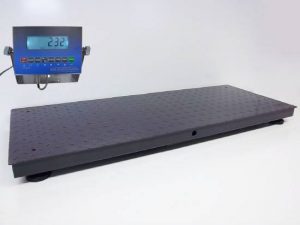 When it comes to aerospace scales and weighing systems, you want to conform to national or international standards and regulations. Aerospace generally refers to the science of designing vehicles and crafts that can fly through the Earth’s atmosphere and sometimes past it, such as with planes, helicopters, and space shuttles. Such developments also lead to the improvement of society and businesses; shipping companies such as UPS advertise how they use aerospace engineering to ensure that new advancements can lead to people receiving their packages faster.

Weight is one important part of aerospace; if a plane is too heavy or carrying too many objects, then it will not fly effectively. That can lead to damages during flight or even crashes. We have, however, gone beyond the days when people added ten wings to plane prototypes and hoped that they would fly. Instead, you have standard designs and blueprints that can be modified to handle changing aircraft weight or regulations.

Thanks to increased knowledge and more technology to account for weight, planes can keep flying no matter the circumstances. That’s why you need the right aircraft weighing systems to ensure that your aircraft stays in the air.

A weighing scale needs to be extremely precise and accurate for measuring items that go on a plane, or parts for installation. If they are used outdoors then they need to prepare to handle potential humidity, dust, and other invasive elements that can affect readings. Planes are complicated machinery with various moving parts, from turbine engines to winglets. Thus, airlines and businesses that use such craft have it in their best interest to maintain them and replace parts where necessary.

With shipping, you will want a scale system that also allows for fast transport. Airports use systems for check weighing, or for weighing luggage and shipments as they pass through an area. Air passengers can see these as they put items through security or into the check-in line. This saves the operators time as they need to load these items onto an aircraft. Shipping companies such as DHL use the same tools when sending items internationally for their customers.

Manufacturers of airplane parts also want to have scales for inventory management. They would invest in checkweighers to make sure that they can log items quickly as well as accurately. That way they can check what is in abundance and what isn’t. 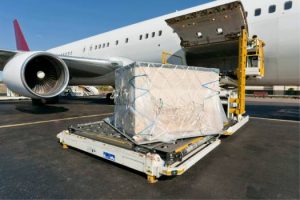 You also want to have the option of weighing completed aircraft, including large space shuttles. Why is this important? You want to ensure that the whole is not too heavy to fly and can get off the ground after receiving enough energy and thrust. With space shuttles, in the worst-case poor engineering can lead to everyone on board being killed. That’s why the calculations and weight need to be accurate, and why NASA eventually engineered computers to handle them before flights.

Axle weigher scales are one potential solution because they are designed to measure entire vehicles. Portable versions are used to handle entire fleets of vehicles, which makes them good for giant airports and fields that require rapid transportation.

At Arlyn Scales, we made sure that our weighing scales are up to standards. That means making sure that our platforms are made of stainless steel — so that it can handle any potential humidity, temperature changes, and potential corrosion — and that our strain gauge cells are ready to handle the subsequent weight applied to them.

We also fabricate the load cells from stainless steel. This protects them from the elements as well as temperature extremes. Many of our customers work outdoors or have warehouses with ample humidity, so our prerogative is preventing skewed readings.

We also have an optional touchscreen, and wireless weighing if you need to take records from a distance. Our customers say that touchscreens allow them to have more convenience when adjusting settings and recording data. You can upload the information using the wireless connection so that it isn’t limited to the traditional analog display.

At Arlyn Scales, we want to meet changing demands in manufacturing, shipping, and other business operations. Our engineers constantly design and improve scales for various weighing systems, to ensure that you can adapt to new problems that emerge, as well as taking advantage of improvements in modern design. Our strain gauge load cells are top of the line and designed to take more weight than other models on the market.

Reach out to us today to get started. Ask our representatives about possible customization options and the series that can handle sensitive temperature changes. With Arlyn Scales, you won’t have to worry about the type of aircraft or parts that are going to need. Our scales will be able to handle any of your demands so that you can take to the sky with ease.