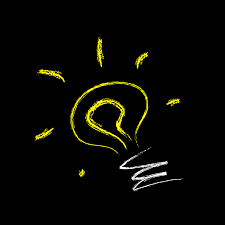 For the past 35 years, Arlyn Scales has been leading the industry with innovative weighing equipment. Based in Long Island, New York, weÕre a factory direct company that specializes in industrial scale design. LetÕs explore a few of these together.

Originally offered more than 20 years ago, Arlyn Scales was one of the first companies to provide an automatic calibration feature with our scales. By digitizing internal components, calibration became as easy as the push of a button. Compare this to the manual labor involved prior to this innovation. To calibrate the scale, the operator would have had to use a screwdriver to manually turn adjustment trimmers to zero and full capacity. Human error was a huge risk to the accuracy of the calibration and all of the measurements taken thereafter. Many times the scale would actually require service from the dealer, which could interfere with productivity due to down time and increase production costs.

Eliminating the Summation Board

Think of a scale like a table. A pedestal table has one leg, while a dinner table has four. Up to a certain size, you can lean on the pedestal table with no problems. Once the tabletop gets too large, however, it becomes easier to tip over. However, you could stand or sit on the corner of a dining room table without toppling it or shifting it at all. This is the same principle of scale design. Small scales work just fine with one load cell in the center of the platform. However, larger models like platform and floor scales need extra support. By using four load cells, one in each corner of the platform, weÕre able to stabilize the load and ensure that it does not cause accidents or injuries. The difficulty with the four-load cell design our industry uses is that there are sensitivity characteristics that vary from one load cell to another. This means that the output signal of each load cell is minutely different, which can impact the accuracy of the scale. As standard practice, the industry uses a summation board to rectify this problem. Just like with calibration, all four load cells must be manually adjusted until the output signals of the load cells are identical. However, the summation board is one of the leading causes of operational failure. The connectors used in the board can be easily damaged by dirt, water, and other substances. The adjustment controls are also unreliable. A failed summation board requires dealer repair, which causes downtime, lost productivity, and increased costs. We manufacture our own load cells, which means we measure and group load cells with identical outputs before they are installed. Because our scales are digital any calibration adjustments can be done digitally, which is far more efficient. This eliminates the need for a summation board and, therefore, the need for dealer service, making our scales inherently more accurate and reliable.

As society moved to internet connectivity for nearly everything we do, we developed scales to keep pace. Our scales can be monitored and controlled through your local network using Ethernet. As the internet became wireless, we also added Wi-Fi connectivity as an option with our scales. Now weights can be recorded, stored, grouped, and analyzed from any location Ð onsite or off.

Not available from any other manufacturer or distributor, our Ultra Precision scales feature our internationally patented SAW technology. Prior to its release, scale operators who needed extremely high resolutions (think measurements where .0001 pound could make a difference) were forced to make a choice. They could purchase a strain gage scale, where the resolution of the scale depended on its capacity and sacrifice the weight of their loads or the accuracy of their measurements; or they could spend significantly more money to purchase a force motor scale. Strain gage technology has been the industry standard for decades now. However, this technology does not provide extremely high resolution measurements Because of the way strain gages work, the higher the scaleÕs capacity, the lower its resolution. The only other option purchasing managers had was to choose a high cost, high resolution force motor scale. While capable of providing high resolution measurements, the capacity of these scales maximizes at around fifteen pounds. TheyÕre extremely sensitive to changes in temperature, vibrations, and air currents, which means taking accurate measurements is a delicate process. And while theyÕre expensive to purchase, theyÕre also expensive to maintain. While one may not be cost prohibitive, a laboratory or work floor full of them would quickly become so. Our Ultra Precision SAW Scales use a technology similar to that found in semiconductor manufacturing. With the same theory of load cell design found in strain gage scales, our SAW load cells feature a spring element with two SAW transducers on either end. When weight is applied to the platform, the spring element bends and the distance between the transducers changes. This also changes the frequency of the surface acoustic wave (SAW) that is sent between the transducers. By digitally measuring this frequency, weÕre able to eliminate the need for an analog-to-digital conversion that is necessary in strain gage scales. WeÕre also able to provide a scale that is less affected by changes in temperature and air currents, is more stable over time, and is inherently more accurate.

If you follow the latest technological advancements, youÕll probably have heard of businesses moving their data to Òthe cloud.Ó Maybe youÕve done it or are contemplating the move yourself! If you havenÕt, however, the theory is relatively simple. Cloud computing simply means that a business is storing and accessing data and programs through the internet, rather than the hard drive of a computer or on a dedicated server. So if you deal with a high volume of data, or sensitive information, local storage (storing info on your hard drive) may be cumbersome or leave you vulnerable. The ÒcloudÓ allows you to process massive amounts of data over a secure connection. In an effort to provide our customers with the most technologically up-to-date weighing equipment, we recently introduced Cloud compatibility as an option for our industrial scales.

To learn more about the innovations happening at Arlyn Scales or to discuss your unique weighing needs, contact us today! Our staff will be happy to answer all of your questions!